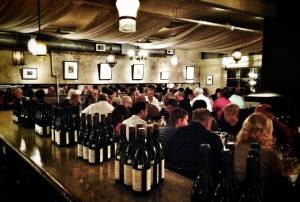 Great wine starts with a great story.  A vineyard tells us a story through its soil and its climate; the farmer frames this story with agricultural tradition and the stewardship of the land; and the winemaker captures both of these stories, along with their own imprint of self and style.  This past Thursday we held a dinner event at the Café called Under the Influence that sought to give four local winemakers the opportunity to tell their stories and the stories of the wines that have inspired them.  It was a night that exceeded my greatest expectations.

South African native Ernst Storm began the evening by pouring his 2012 Presqu’ile Vineyard Sauvignon Blanc alongside Ashbourne’s 2008 “Sandstone,” a blend of Sauvignon Blanc, Chardonnay, and Semillon grown in South Africa’s Hemel-en-Aarde Valley.  The latter wine was crafted by Storm’s brother Hannes, whose wines under the Ashbourne and Hamilton Russell labels are some of the most acclaimed in South Africa.  While one could see a certain similarity between the two, the overall contrast was striking.  Storm’s youthful Sauvignon Blanc, grown in the extremely sandy soils and cool climate of Santa Maria Valley’s Presqu’ile site, was bright and fresh, with its pyrazine notes of grass and jalapeño accented by guava, gooseberry, and a really unique hint of oak.  As it turns out, that noticeable oak accent comes from the use of acacia barrels, which also provide a distinctive textural presence to the wine.  The Ashbourne, on the other hand, 4 years older, was already developing some tertiary nuances, with notes of lanolin, beeswax, and bruised apple starting to appear.  Nevertheless, the varietal character was unmistakable, possessing a similar herbaceous character as the Storm, joined to wet-stone minerality (sandstone soils here) and a more voluptuous texture.  The most fascinating thing for me about tasting these side by side was to see the shared family passion from these two brothers, and the level of commitment they both bring to their different projects.  While the winemaking details may be different, they are united in their desire to express site as clearly as possible.

Our next course saw the team from Liquid Farm sharing their 2012 “Golden Slope” Chardonnay next to Francois Carillon’s 2011 Puligny-Montrachet.  Liquid Farm’s goal from the outset has been to create a domestic interpretation of the wines they had fallen in love with from Burgundy, so their choice came as no surprise.  The differences between the two wines were, as with the first course, quite vast.  The Francois Carillon, despite a splash decant, was still a bit reduced, showing a fairly high amount of SO2 on the nose.  I have found this character in quite a few 2011 white Burgundies, which may be in response to all of the premox issues that have plagued the region over the past decade.  Overall, though, Carillon’s Puligny was incredibly precise and soil-driven, with an intense mineral presence.  I was pleasantly surprised to find that the “Golden Slope” bottling still came across with admirable restraint and balance against one of Burgundy’s benchmark producers.  The fruit and textural power of the wine were unmistakably California, traits I believe should be celebrated, and the minerality of the Sta. Rita Hills in all of its saline glory was an intriguing contrast to the limestone origins of the Carillon.  Paired with Barramundi and Manila clams, both wines were delights to ponder and savor.

Wes Hagen of Clos Pepe chose to honor our local pioneers for the third course.  The Pinot Noir from his estate has become a modern benchmark in American wine, with examples from his own label as well as those purchasing his fruit achieving great recognition.  He poured a 2006 Longoria “Fe Ciega Vineyard” Pinot Noir next to the 2010 Clos Pepe Estate, and spoke of Rick Longoria’s influence on his own path as a farmer and winemaker.  He also honored two other local innovators, Bryan Babcock of Babcock Winery and Jim Clendenen of Au Bon Climat.  It is sometimes easy to overlook the originators in favor of the hot new thing, but these three men are still crafting some of the most site-driven, balanced wines in Santa Barbara County, so it was beautiful to see Wes, who himself is a bridge between the first generation and our current new crop of young winemakers, honor this trio.  The wines shown wonderfully, with the power and richness of the heat-spike-affected 2010 Clos Pepe contrasting nicely to the more developed, earthy Fe Ciega bottling.

While all of the wines on the night were complex and worked beautifully at table, the final course was perhaps the highlight for me:  The 2010 Luminesce Syrah from Thompson Vineyard next to Domaine du Coulet’s 2010 Cornas ‘Brise Cailloux.’  Thompson Vineyard is one of the great sites of Santa Barbara County.  Tucked back into Los Alamos Valley’s Alisos Canyon, the Syrahs from here are legendary, with a structure and precision rarely found outside of the Northern Rhone.  Luminesce’s rendition leans toward the Old World in its balance and approach: just 13.4% alcohol, it was fermented with around 30% whole clusters and aged in puncheons.  The wine showed amazingly well, with white pepper, gravel, smoked meat, and blueberry on the nose, along with a poised, beautifully structured palate.  The overall balance in this wine could easily stand head to head with the greats from Hermitage or Cornas, and on this night it did just that. Coulet’s Cornas is a personal favorite, and for me captures the essence of this tiny appellation.  The 2010 did not disappoint, with aromatics of iron, kalamata olive, blood, and bacon leaping out of the glass.  There was also a touch of Brettanomyces, which sparked an interesting discussion among the winemakers.  Luminesce’s Kevin Law somewhat jokingly said that he liked a little “imported Brett,” i.e. bretty wines from the Old World, while others found the Coulet close to their threshold for tolerance.  Personally, I thought it added to the wine, particularly texturally, and was a great example of how a flaw can actually enhance a wine’s beauty.  With smoked New York steak and mushroom & spinach strudel, it was an incredible end to the night.

The evening was deeply moving both emotionally and intellectually.  Giving these winemakers an opportunity to discuss their inspirations allowed us to see their joy and passion as tasters, and hear the stories behind their influences.  It can be easy as professionals in the wine business to get bogged down in the minutiae of winemaking or French Appellation law.  This evening was such a treat because it allowed all of us a return to the pure elation as imbibers that made us fall in love with wine in the first place.

Special thanks to Matthew Negrete for the wonderful photos

One thought on “Under the Influence: Remembering An Inspired Night of Wine, Food, and Friends” 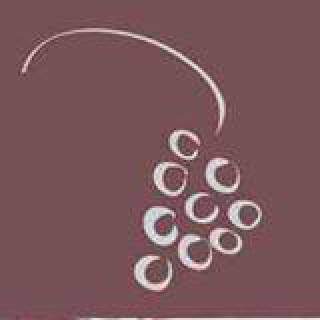 The World of Wine's Got Talent

Bringing New England to the table!

Notes from Annefield in Southern Virginia

I'll Drink To That! Wine Talk with Levi Dalton Podcast

Described as "A New Standard for Wine Reviews" by @kermitlynchwine